After the success of Rainbow (2012), we were delighted to build another J Class sailing yacht. Topaz (previously called J8) was built based on the designs of Frank Cabot Paine. Paine (1890-1952) was born in Boston, as the son of three times defending challenger of the America’s Cup. Besides designing several impressive, large sailing yachts, he became well known by designing certain sailing yachts for a specific class. These were sailing yachts suitable for competitive racing in the J Class (23-26.5 metres) of the first regattas of the America’s Cup in the 1930s.

Even though the spectacular Topaz had been brought to life on paper as early as 1935, it was not until many years later that she was actually developed by the renowned architectural firm Hoek Design Naval Architects and delivered to her owner. Topaz was designed to sail as Super J in the America’s Cup and though she was built for competitive racing, she simultaneously offers all onboard facilities for comfortably cruising at its best. Hoek Design did an extensive research project, which showed that the hull lines of Topaz (J8) were very fast. The Topaz design had the lowest wet surface of all tested models and the highest keel aspect ratio of all J Class boats. After the research project, Topaz’s design was optimized to make her suitable for racing under the J Class Association handicap system. The mast position, stability, sail area and hull stiffness were also extensively researched and improved.

The aluminium hull was manufactured by Bloemsma Aluminiumbouw, who had built hulls for other J Class boats (Lionheart and Rainbow) as well. Special systems were integrated in the initial phase of construction and both weight and volume had to be kept to a minimum. In addition, Topaz is equipped with a hybrid drive system: one of the most advanced systems built to date. Her deck systems were designed for maximum efficiency, while also allowing Topaz to race with a smaller crew.

Topaz is one of the most beautiful sailing yachts that you have ever seen. But don’t let that fool you: above all, she’s a true racer, packed with engineering ingenuity to deliver the best possible racing performance.

The design has a double cockpit and double deckhouse layout, with the helm position in the middle of the boat, just in front of the aft deckhouse. During racing, the aft cockpit is the runner cockpit, the center cockpit serves as sail storage and the helm is located in the middle of the boat, between the aft deck house and the main cockpit. The primary and mainsheet winches are located close to the helmsman, providing short communication lines and facilitating trimming and steering without the use of headsets.

Completely in line with the spirit of the time in which the J Class sailing yachts were originally built, Topaz also features an Art Deco interior (designed by Hoek Design Naval Architects & Rhoades Young Design).

Topaz’s layout has been designed to comfortably accommodate up to eight sleeping guests in four cabins, including a master cabin and two twin cabins. She is also able to accommodate up to seven crew members on board to ensure a relaxed luxury yacht experience for her guests.

Topaz features a displacement aluminium hull and aluminium superstructure, with teak decks. She was built to Lloyds Register classification society rules, and is MCA compliant.

Above all, she’s a true racer, packed with engineering ingenuity to deliver the best possible racing performance. 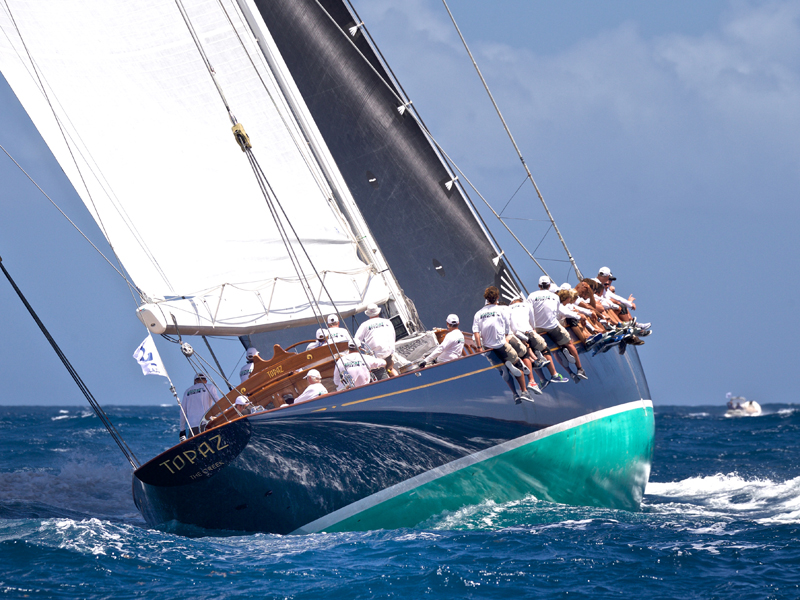 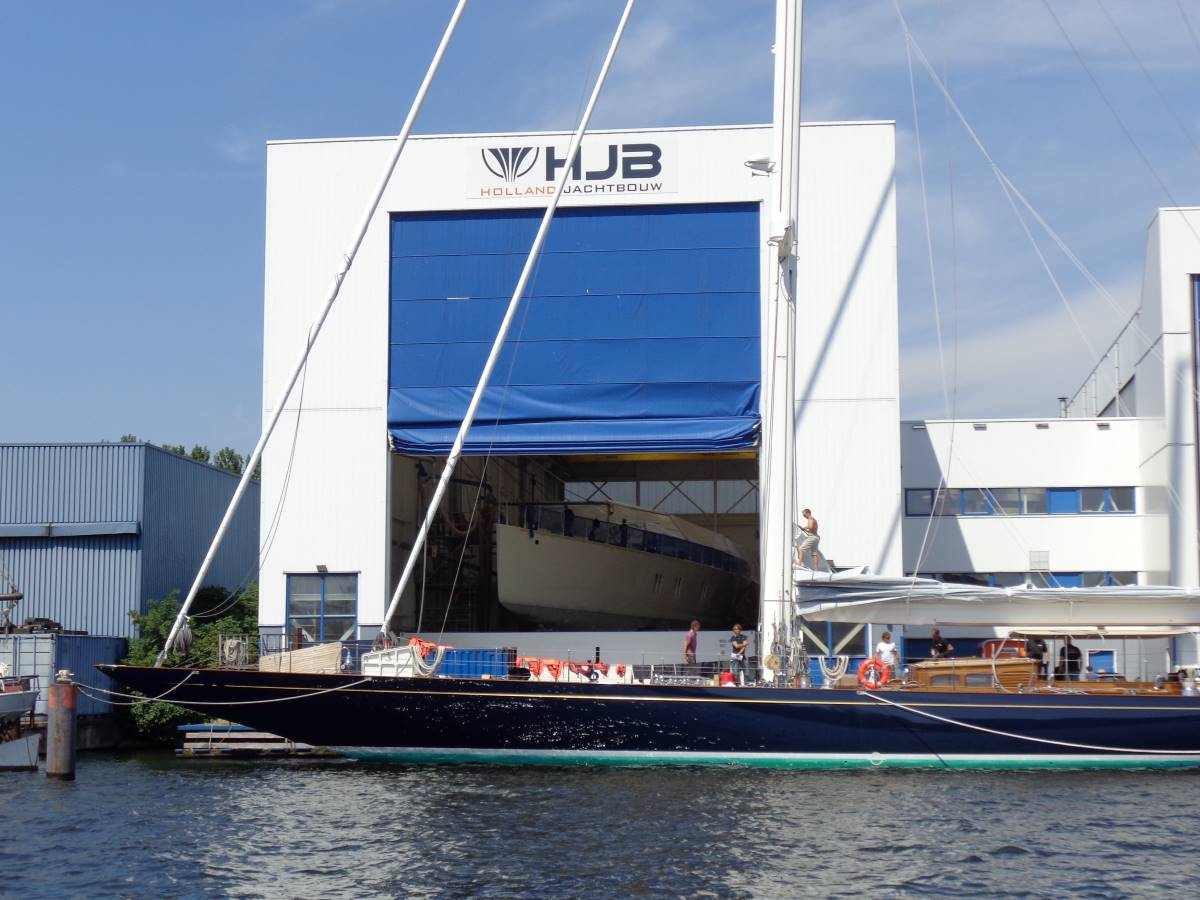 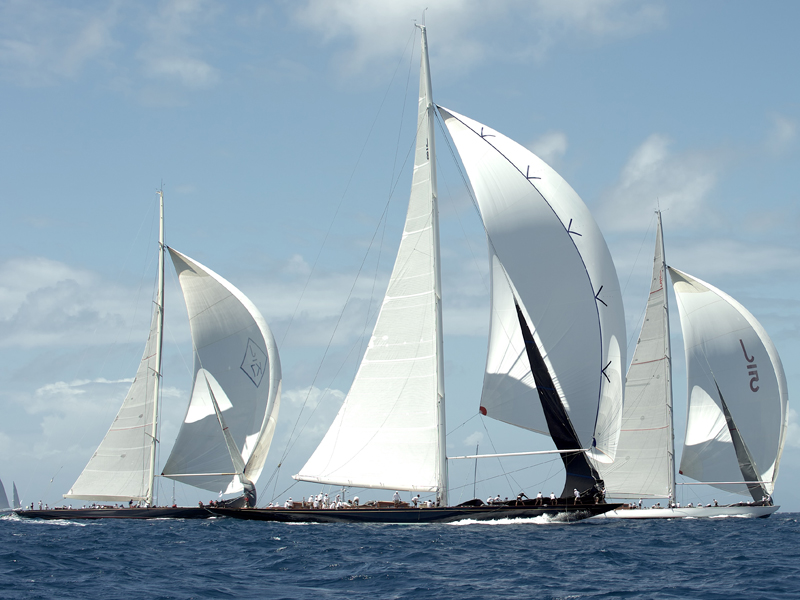 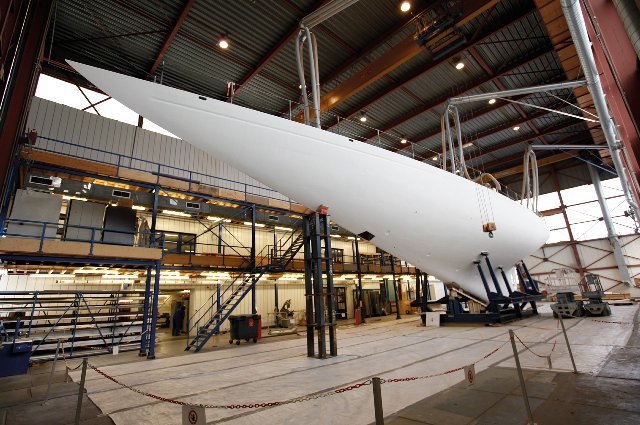